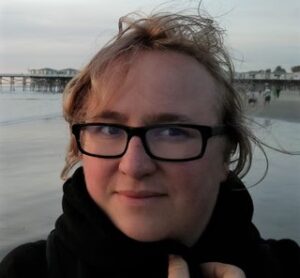 Jennifer K Dick is the author of Lilith: A Novel in Fragments (Corrupt, 2019), Circuits (2013) and Fluorescence (2004) as well as 6 chap/artbooks. That Which I Touch Has No Name is forthcoming in London. Her short stories have appeared in literary magazines such as Obit (Australia), Fringe, Paris Times, Hitoki Paris, Jack Mackerel, %ofNil and Upstairs at Duroc. She has worked as a literary editor and reader for Versal Magazine and book press (Amsterdam), Upstairs at Duroc (Paris), The Colorado Review (USA) and others. She has taught Creative Writing Workshops for WICE, the Paris Writers Workshop, Kent’s Paris in The Arts program and will be doing a workshop here in Strasbourg in January 2021. She has also guest taught at Naropa, LIU Brooklyn’s MFA program and others. Among the novelist and nonfiction writers whose first books came to life in her workshops, she notes Barry Kirwan, Chris Vanier, Laurel Zuckerman, Janet Skeslien Charles and Marie Houzelle. She also teaches writing, Literature and Civilization at the Université de Haute Alsace, Mulhouse, runs the Ivy Writers Paris reading series and co-organizes Ecrire L’Art with the Kunsthalle-Mulhouse. 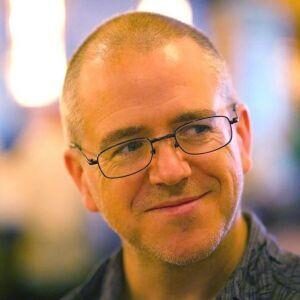 Bart Hulley is a literary translator with a PhD in translation Studies from the University of Lorraine. Following a brief stint in the film industry, he began his writing career scripting humorous theatre for The Sitcom Trials and the Windsor Fringe. Since moving to France he has specialised in the translation of French /bande dessinée/ and has had a number of translations of illustrated titles published by Caurette, Astrid Franchet, and Glénat. He currently teaches Literary Translation at the University of Strasbourg as well as composition at the University of Syracuse in Strasbourg. He is also one of the founding members of the Strasbourg Writers’ Stammtisch and regularly writes articles on the subject of translation for The Comics Journal. 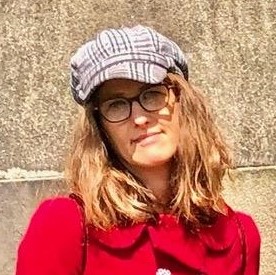 Katy Masuga is a genre-blurring writer and a professor of comparative literature for the University of Washington in Paris with a focus therein on Modernism. She holds a PhD in Comparative Literature and a joint PhD in Theory and Criticism, working also on interdisciplinarity in science and art, most recently narratives of blockchain technology, living systems and regeneration. Her publications include the novels The Blue of Night and The Origin of Vermilion, two monographs on Henry Miller, various short stories and numerous essays ranging from the ethics-based vegetarian diet of the “monster” in Shelley’s Frankenstein to Wittgensteinian language games in Beckett.