Susannah Gent is a filmmaker, screenwriter, and lecturer in film production at Sheffield Hallam University. Her films that have gained awards at international film festivals over the past twenty years explore experimental narrative approaches to representing subjectivity. As a screenwriter, Susannah has been commissioned by the UK Film Council to write The Leaving Party, a feature-length film script. Jelly Dolly, a feature-length film project, was developed by the British Film Institute and has gained an award from the British Council. Susannah has taught screenwriting at independent organisations and has been trained by the UK Film Council as a script editor. 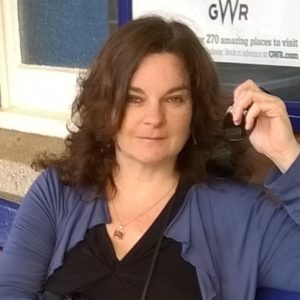 Helen E. Mundler has a PhD and an Habilitation in British contemporary literature, and is Associate Professor of English Studies at UPEC. She is the author of two critical books, one on the work of A.S. Byatt (Harmattan, 2003) and one on Liz Jensen (Boydell and Brewer, 2016). Her current research is on rewritings of the Noah myth in climate change literature, and she recently worked on this in America as a Fulbright research scholar. She has also published two novels, Homesickness (Dewi Lewis, 2003) and L’Anglaise (Holland House, 2018), as well as several short stories. At present she is revising a third novel. 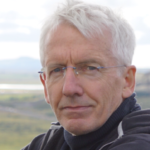 Writer, critic, academic Ciaran Ross is Professor of English Literature at the University of Strasbourg. He is a specialist of Irish literature, in particular of the novels and plays of Samuel Beckett. As a teacher, researcher and writer, he has a particular interest in the art of the short story and remains fascinated by its enduring popularity as a literary form. He is a former judge of this competition and is very happy to have been invited to judge it again this year.