The SXB Write A Story Competition Organising Committee was originally put together with representatives from the major Anglophone associations in the Strasbourg area who shared the English Speaking Community’s vision of providing an activity encouraging the creative use of the English language.

Below, in alphabetical order, are the current Organising Committee members. 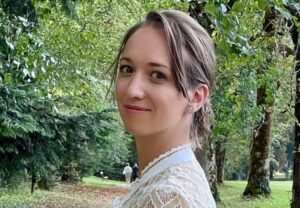 Amina grew up in upstate New York and the Chicago area and has lived in Strasbourg since 2012. She has degrees in English and French literature, and a Master’s in linguistics from the University of Strasbourg. She worked in journalism and translation until 2015, when she passed her concours (competitive licensing exam) to teach English in France. She now teaches middle, high school and college prep classes. She’s married and is passionate about passing on her love of reading and writing to her daughter, students and future generations. 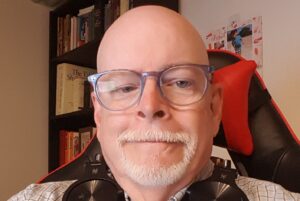 Hal is from the Detroit area and lived in Strasbourg for seven years with his wife, Brigitte, before moving to Munich in 2017.  While in Strasbourg, Hal founded a writers group, worked as an English teacher at various schools in Strasbourg, and was Membership Coordinator with Americans in Alsace. Hal’s hobbies include traveling, chess, video games, and learning German.  Hal is honored to have been a part of the Organizing Committee from the start, serving as its webmaster (a labor of love). Hal has likewise conducted writing workshops on behalf of the competition for adults in Strasbourg, Karlsruhe, and Freiburg, where he has helped potential entrants to free the writer within. 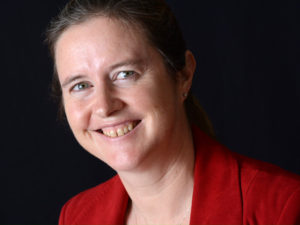 Ann Lynch worked in strategic planning in the global technology, media and telecom industries in the UK and the USA for 20 years. It was her German husband who took her to France! With a primary degree in Spanish and Italian followed by an MBA, Ann has a deep love of languages and literature. Now passionate about Strasbourg and the surrounding regions she is active in several associations. Ann helps organize, fund and run the competition and has been around since the start. She was committee chair for two years and manages the finances. 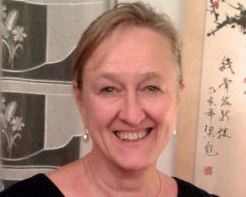 Originally from West London, Sue trained as a teacher and studied English Literature, working in various countries and with multiple nationalities before moving into administration. She was personal assistant to the CEO of a major UK charity, Queen Elizabeth’s Foundation, for seven years, in addition to being an effective community organiser spearheading initiatives to revitalise local shopping. In her spare time, she created several regeneration projects in her London borough, fund-raising extensively to fit out what is now the Rose Theatre in Kingston upon Thames. Having always enjoyed writing, since arriving in Strasbourg she has finally begun writing stories herself, finding it hugely rewarding. Sue has been around since the start and as committee chair for two years. 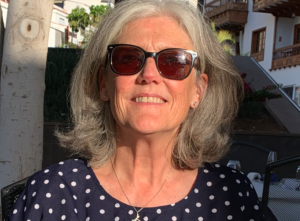 Born in Glasgow in 1958, Sue moved around central and southern England with her family, before finally settling in Hampshire. A combined honours degree in French and German from the University of London in 1981 led her to a thirty-year career in local newspapers, moving through journalism, features writing, copy writing for the advertising department then finally moving into the general management of local newspapers and a local radio station. Sue now lives with her second husband in Strasbourg and works at the Council of Europe. She is currently also researching and writing a historical fiction novel based in Alsace during the turbulent years of the Second World War. Sue is the current committee chair. She brings her considerable management and press experience to the competition, in addition to playing a very important role in the entry process, ensuring that the judges only get anonymized entries! 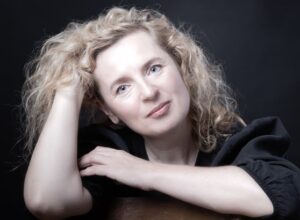 Among other things, Bohumila has studied drama and modern literature. It is actually the Strasbourg Write a Story competition that was Bohumila’s entry into the world of story writing.  She has always been a keen participant at our writing workshops and says it has helped her a lot. Indeed, to date, five of her stories have been published in international short story competition anthologies.

Being so enthusiastic, she gladly accepted to join the Committee and see the competition from the “other side”. She is part of the creative team and will be taking on the tasks related to the publishing of the next anthology. 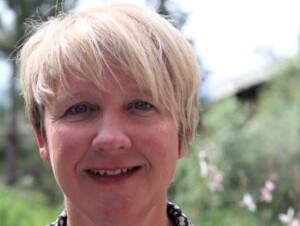 Originally from the UK, Julia has a degree in English and French and  worked for many years in television drama production. She became a series script editor before turning freelance as a scriptwriter.  She moved to Paris to join her Swiss husband and they now live just across the border from Strasbourg with their two children.  Julia continues to script write and also works as a reader for television and film companies. Passionate about literature and writing, Julia is responsible for organizing the creative writing workshops provided by the competition, and also enjoys delivering workshops herself to adults and children. 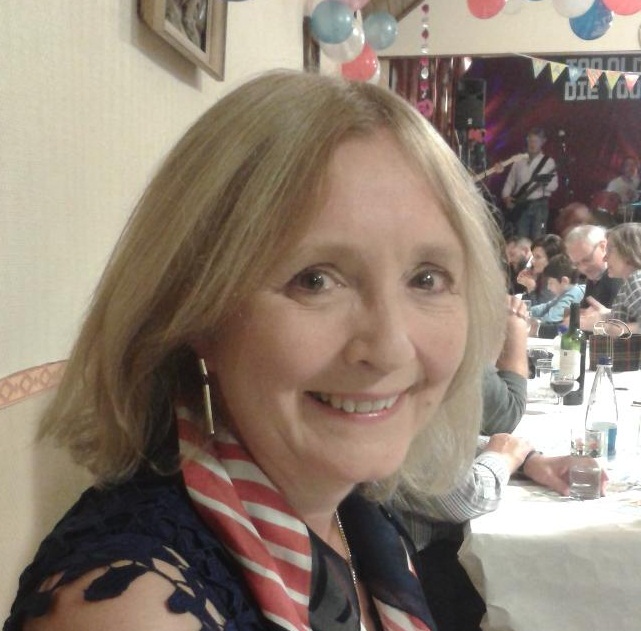 And introducing our Muse… Lynette Kerridge

Lynette is proud to be the founder of and inspiration behind the Strasbourg Write a Story Competition. As an amateur writer, new to Strasbourg, she found it hard to find like-minded creative people so started a writing group which attracted many members. Soon Lynette began to dream of something bigger – a writing competition open to everyone in Strasbourg and the wider area in a spirit of international co-operation. But, like stories, dreams mean nothing if they merely remain in your head. In 2013 Lynette approached the ESC, the ESU and the AIA among others who agreed to fund the project. The rest (as they say) is history. Lynette has since moved back to the UK but continues to be involved in the competition.

Lynette has written short stories and one novel, The Towers of London, which explores themes relating to diaspora. She is currently working on a second novel, The Chronicle of V, set in 1970’s Britain. She says, ‘creative writing is a powerful and transformative process. Give it a go!’