The first Awards Ceremony for the SXB Write A Story Competition was held on Tuesday, April 15, 2014, at La Librairie Kléber in Strasbourg.

Over a hundred people were in attendance as the three judges announced the winners and runners-up in each of the four categories.

After the conferral of awards, the four winners read their stories aloud. A reception was held aftedrwards, where attendees could meet the winners and runners-up, and judges Carol Drinkwater and Pamela Lake signed copies of their books.

Because of this year’s success, the Competition Committee has decided to continue on next year. 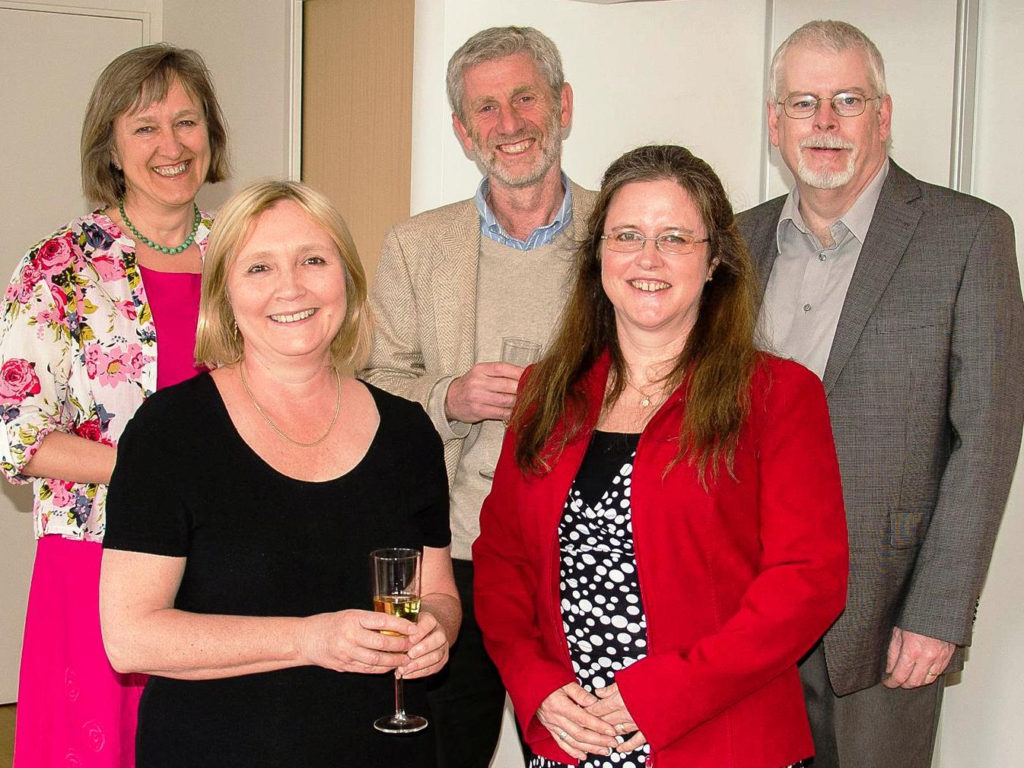 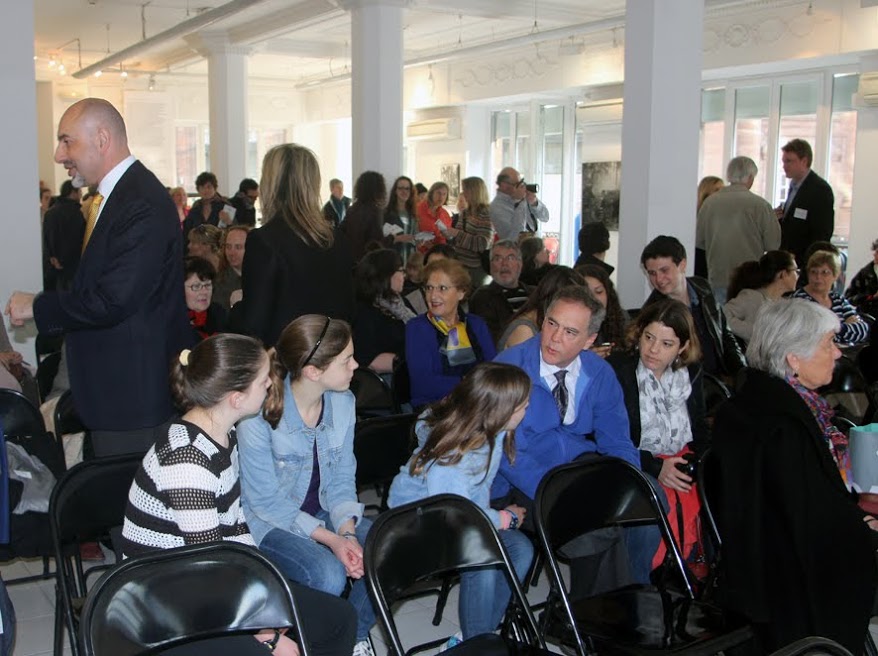 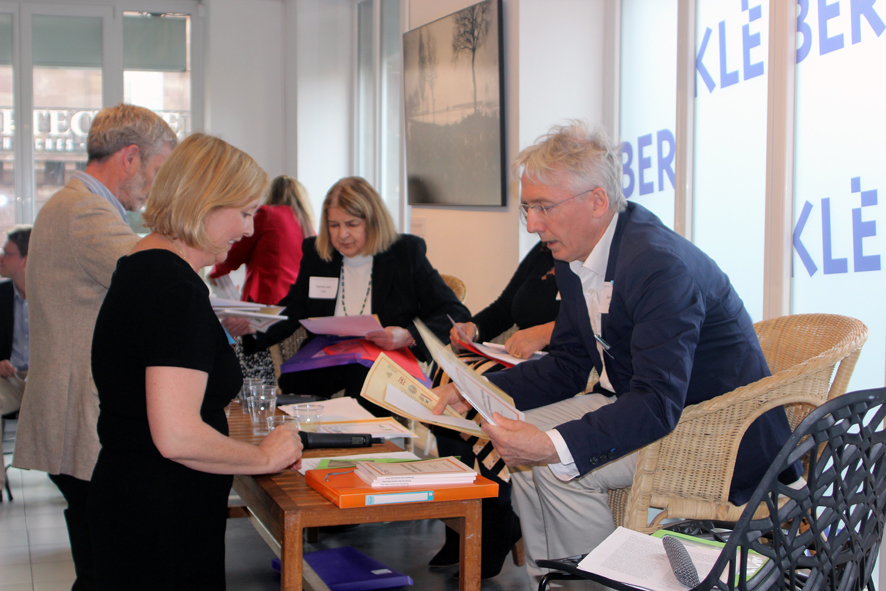 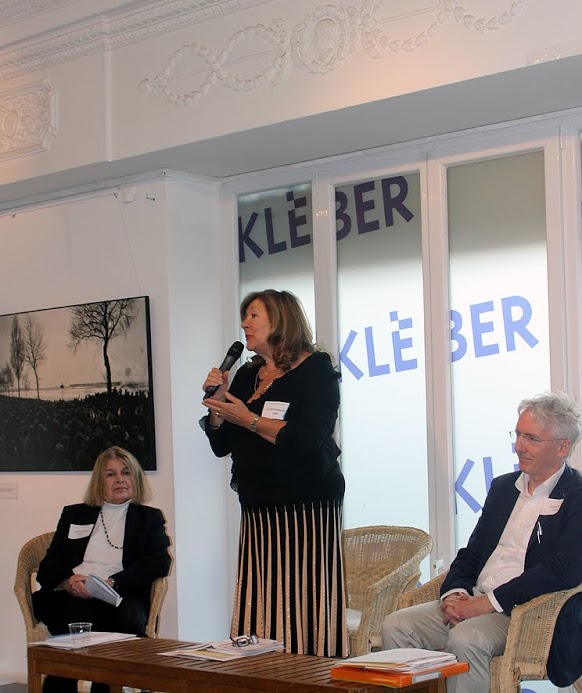 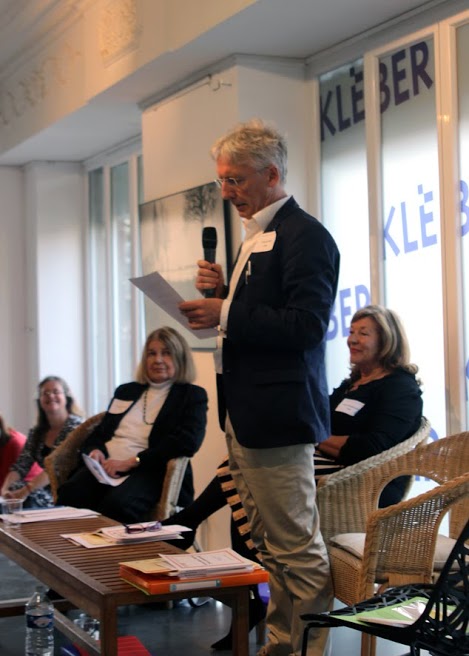 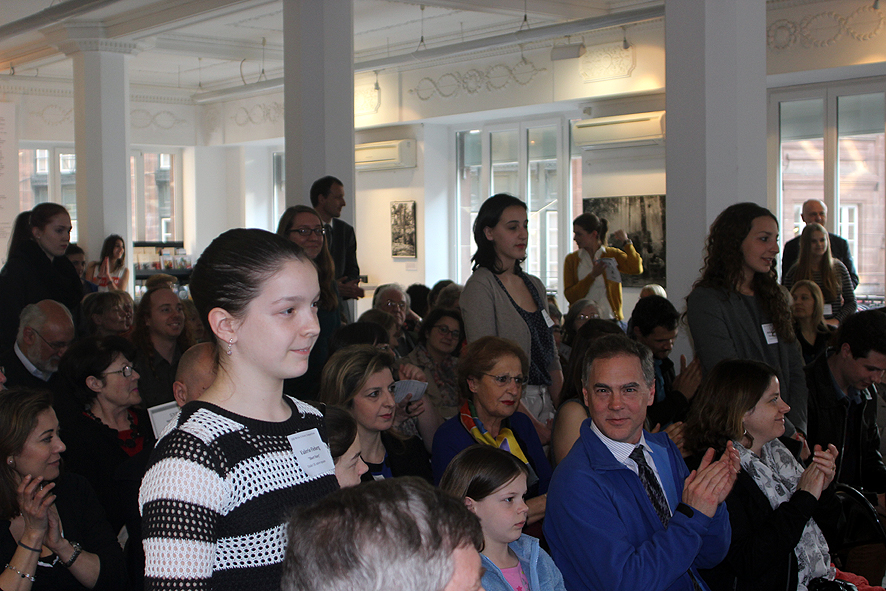 The 20 short-listed writers were recognized. 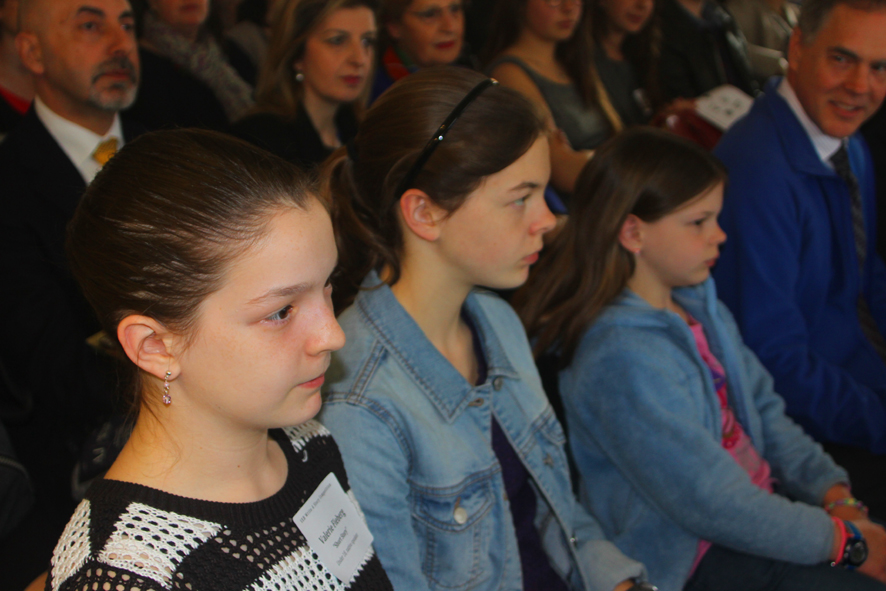 One of the short-listed writers waiting to hear if she’d won. 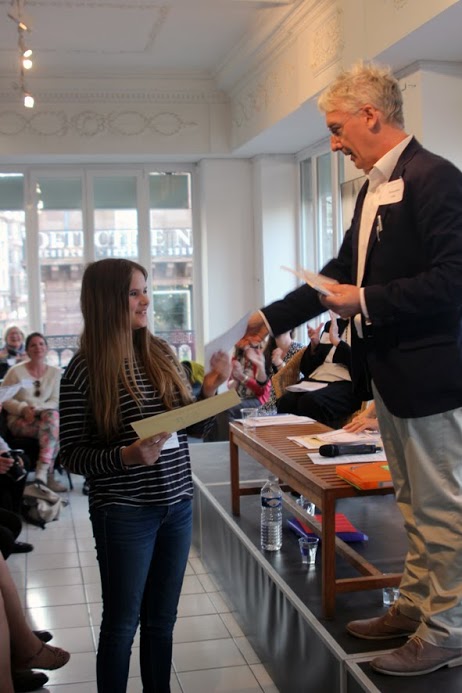 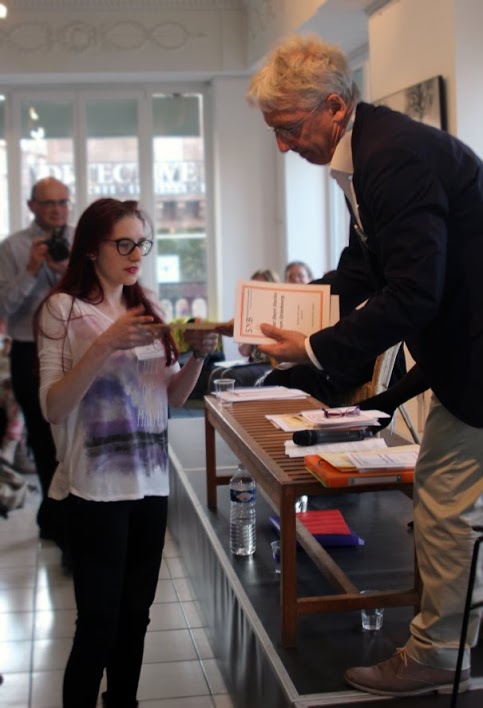 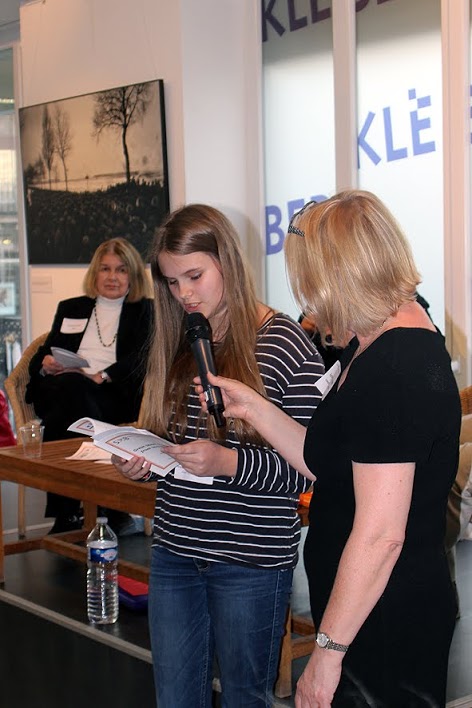 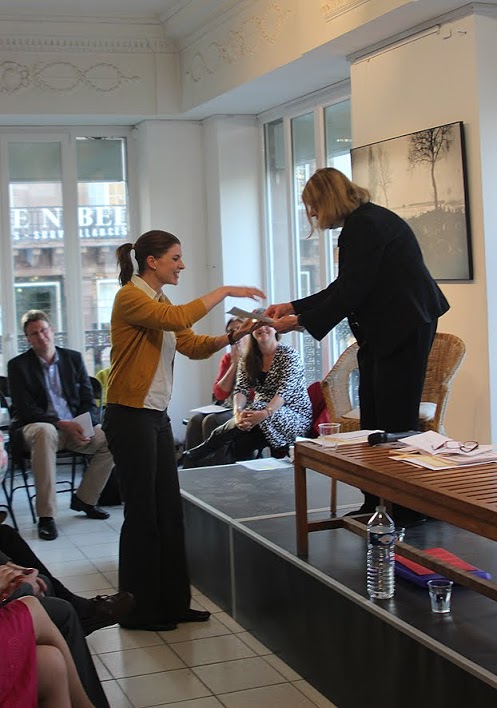 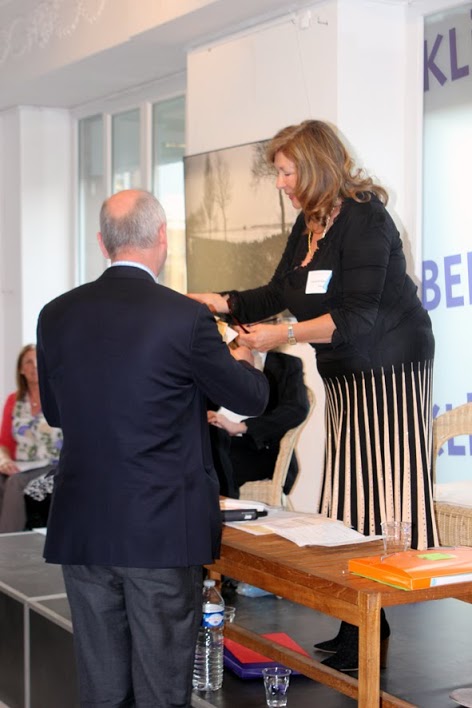 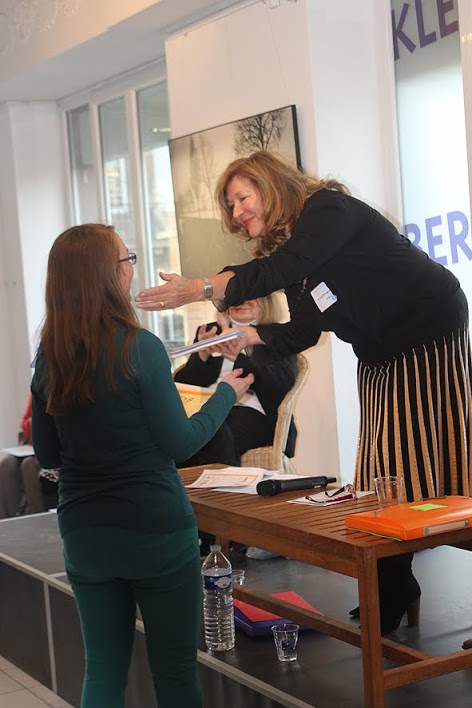 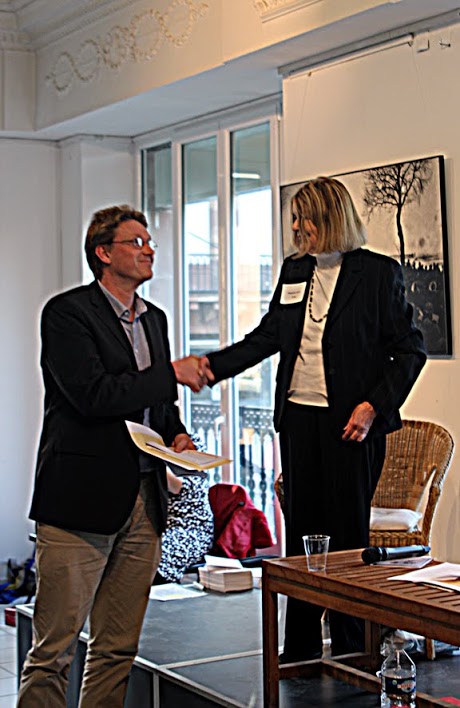 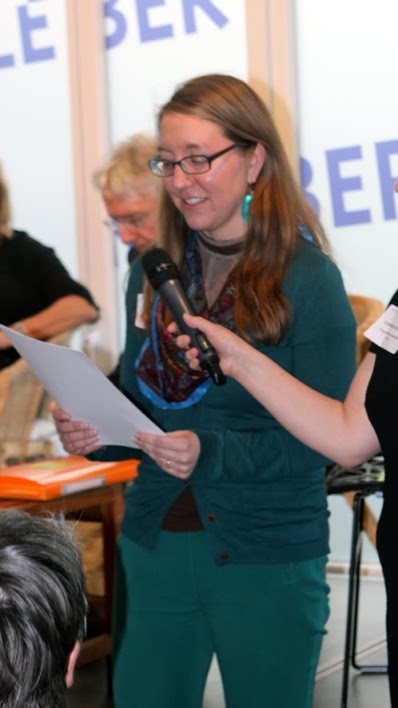 Maria Clevy reading her story, “Stained,” winner of the eighteen and over, native speaker category. 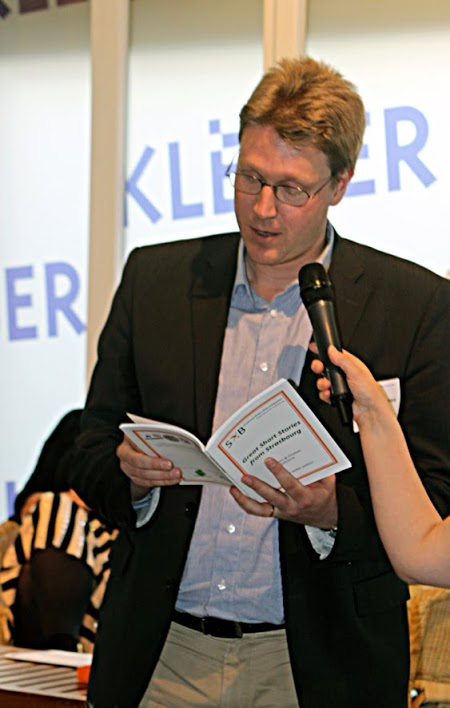