Below are summaries of previous years’ competitions.

Health regulations due to the COVID-19 pandemic once again obliged the Organising Committee to hold the 2021 Awards Ceremony online. It occurred on Saturday, April 17, via ZOOM, and the Committee, judges, and participants enthusiastically celebrated this year’s crop of shortlisted stories, pulled from a field of 59 entrants.

See winners of the 2021 edition 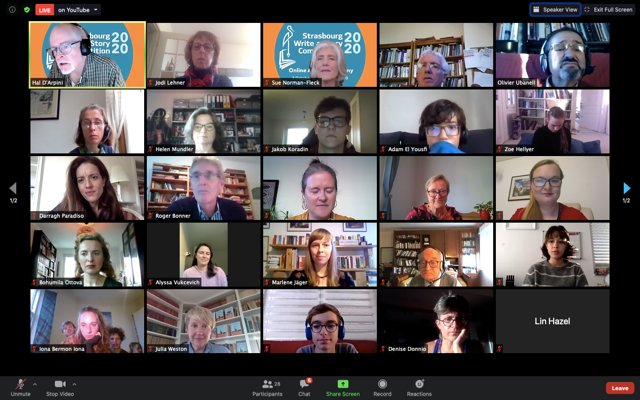 In accordance with health regulations necessitated by the COVID-19 pandemic, the The seventh annual Awards Ceremony was held online for the first time in its history. It occurred on October 3, 2020. There were 67 competitors this year.

See winners of the 2020 edition 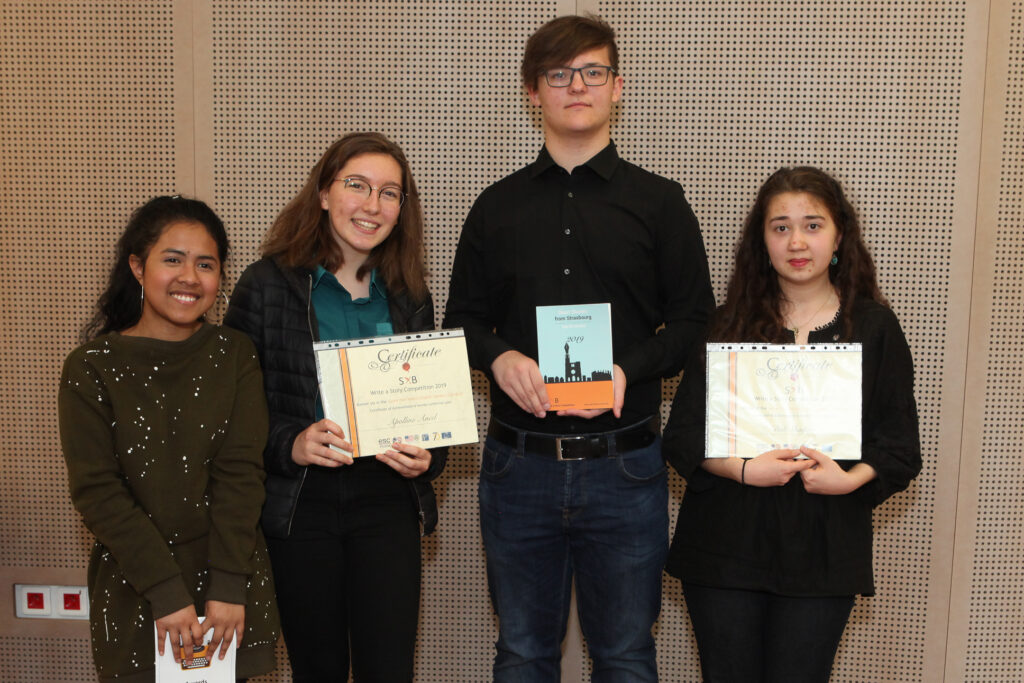 The sixth annual Awards Ceremony was held at a new venue, the Association des Résidents de l’Esplanade in Strasbourg (ARES), on Saturday, April 27, 2019, at 4:30 p.m.  There were 67 competitors this year.

See winners of the 2019 edition

The Awards Ceremony were once again held at the Munsterhof in Strasbourg on Saturday, April 14, 2018, at 4:30 p.m.  There were 72 competitors this year.

See winners of the 2018 edition

For the first time, the Awards Ceremony was held at the Munsterhof in Strasbourg, a beautiful facility that served as the perfect venue for this fourth annual event.  The ceremony took place on Friday, April 28, 2017, at 6:30 p.m.  There were 72 competitors this year, up slightly from last year.  Another first:  a pre-ceremony performance on the mezzanine by a local A Capella choir that delightfully set the mood.

See winners of the 2017 edition

The winners and runners up for the 2016 SXB Write A Story Competition were announced at the Awards Ceremony, which was held at the Médiathèque André Malraux on Saturday, April 30, at 2:00 p.m. As with the previous two years, the winners read their stories to the audience. The judges would like to congratulate all 65 writers who entered this year’s competition.

See winners of the 2016 edition 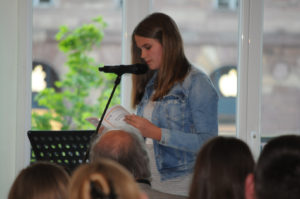 At the second annual Awards Ceremony, held once again at the Librairie Kléber on April 23, 2015, the three judges awarded prizes to the winners and runners-up in each of the four categories. The task this year of selecting the winning stories was even more difficult, given that there 101 entries, an increase of over 50% from last year.

See winners of the 2015 edition 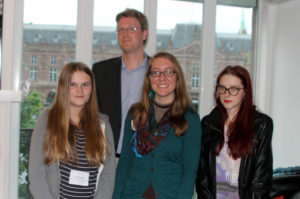 After each reading all 65 entries to the SXB Write A Story Competition, the three judges began the challenging task of selecting the 20 short-listed stories and then determining the winners and runners-up in each of the four categories. The winners and runners-up, however, were kept under wraps until the first-ever Awards Ceremony of the SXB Write A Story Competition, which was held on April 15, 2014, at the Librairie Kléber in Strasbourg.

See winners of the 2014 edition