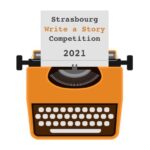 John. Johnson. Jones. Jordan. Joyce. Charlie looked for Sam’s phone number in the yellow page phone book the old man at the counter gave him. He quickly wrote the number on the palm of his left hand and gave the directory back to the man without a word, then headed to the telephone booth, which really was just a telephone on the wall, with no booth at all.

His heart beat fast as he dialled Sam’s number. Because this wasn’t Sam’s number. It was Sam’s family’s number. He hoped Sam would pick up. Or anyone but Sam’s father, actually. He scared Charlie to death. The way he frowned, and the way he joked about Sam and Charlie, but deep down you knew, it wasn’t a joke. It was a threat.
Because people here didn’t really like people like Charlie. He didn’t fit in with the other islanders. He was just a homely, weird-looking kid, without a father or a mother, living with his equally weird grandmother. With a motorcycle and a mean face he wasn’t aware he sported. He never really took part in the activities they liked, and they did not regard his own activities with benevolence. Indifference, at best.

Despite that, he did his best to make them like him.