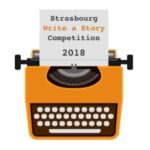 Tanya became a stripper at the age of 19. At first, it was a rebound, something that would pay the bills until she’d find something else, but then it became comfortable. She knew people judged her and thought of her as an object, but she felt free on stage. Tanya had never complained once about being a stripper, “some had it worse” as she always said. It was not the ideal job, but it allowed her to be independent and live her life the way she wanted to. Her manager was nice, and she was friends with practically all of her colleagues. Sometimes, even the clients were nice and would buy her a drink or two. Well… they didn’t exactly buy her drinks just to be nice and friends with her, but she only focused on the positive side. Oh yes, Tanya would always focus on the positive side.

She met Maxwell in January. Usually, it’s the calmest time of the year, after the craziness of the holiday season people liked to cool down on their kinks. But one night, during one of her shows, a group of three boys made her be their “private dancer”. Noticing their jackets and watches, she knew she’d won the jackpot that night.

They were all hysterically drunk and threw dollar-bills while Tanya danced. But one blonde guy was calmer than his friends.